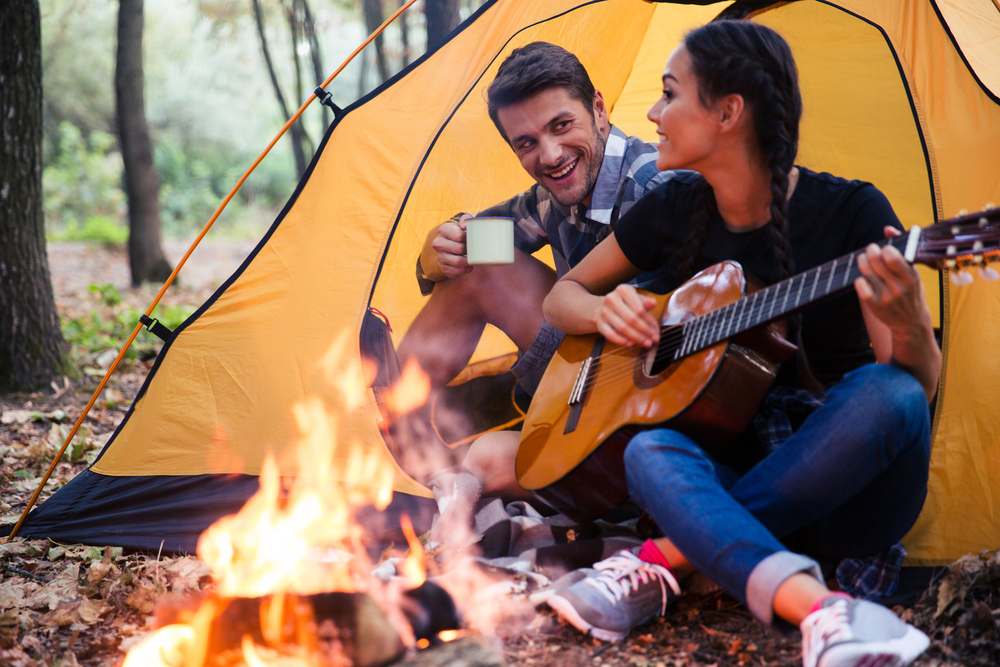 The CDC recommends outdoor activities like camping to safely stay active and relieve stress. However, it makes getting bitten by mosquitoes much more likely. Read on to learn what we know about the EEE and West Nile risk in Massachusetts so far, and how your patients can protect themselves while enjoying outdoor activities.

What’s the risk of getting EEE or West Nile Virus?

Last fall, we wrote about some lesser-known EEE facts and prevention methods and about what it would take to eliminate the risk of EEE. The EEE outbreak last year was quite serious, and this year Massachusetts officials are working to prevent cases and prepare for the virus. On July 2, the first EEE-positive mosquito samples were detected in Orange, and on July 13, more samples were detected in Carver.

EEE-infected mosquitoes tend not to show up until late July or early August, so these early findings are unusual. Experts say that there are more mosquitoes than usual in areas that have gotten heavy rains lately, as mosquitoes breed on stagnant water. Entomologist Kaitlyn O’Donnell, who works for the Norfolk County Mosquito Control District, explained for Boston 25 News that “We had a pretty mild winter and a lot of rain, it was a very wet spring, so things were happening kind of early. Mosquito larvae were found pretty early this year. The emergences were a little early.” In addition to EEE, West Nile Virus has also been found. On July 9, it was reported that two mosquitoes in Belmont tested positive for the virus.

Although no human or animal cases of EEE or West Nile have been reported so far, officials are concerned that these early findings of infected mosquitoes combined with the higher amount of mosquitoes in some areas may contribute to a serious outbreak. Last year, EEE was the most prevalent it had been since the 1950s, and although there were only 5 West Nile cases last year, 2018 saw an unprecedented 49 West Nile cases. According to Mass.gov, Massachusetts towns are all at low or remote risk for EEE, aside from Orange, Wendell, Athol, and New Salem which have moderate risk. All Massachusetts towns are at low risk for West Nile, as well. However, officials are urging the public to be cautious and use protection when outside during peak mosquito hours (dusk to dawn). For the most updated EEE and West Nile risk information, check out the Massachusetts Arbovirus Update page.

How do you prevent EEE and West Nile Virus?

On July 7, Governor Charlie Baker spoke about the discovery of EEE in mosquitoes in Massachusetts. “After Massachusetts experienced a significant outbreak of EEE last year, our administration has been taking proactive, early steps to prepare for the virus this year,” said Baker, “Especially as the commonwealth continues to confront the ongoing public health challenges associated with COVID-19.” A bill was filed in April to grant the administration more powers to coordinate statewide mosquito control response once the risk of mosquito-related illness increases. This bill has been approved in the Senate and will be voted on by the House soon.

However, the public doesn’t need to wait for this bill to pass in order to start reducing their risk of contracting EEE or West Nile. Your patients may be planning some outdoor activities such as camping or hiking, as these things can more easily be done while following social distancing guidelines. They can still do these activities safely, provided they take some precautions:

Even if your patients stay inside, they can reduce their risk by making sure that any window or door screens they have are in good condition and without holes to prevent mosquitoes from getting inside. They should also check their property for potential mosquito breeding grounds such as gutters, pools, and old tires. Gutters should be clean of debris that could clog them and trap water. Large pools should be covered and continuously treated and circulating, and kiddie pools should be turned over when not in use. Old tires should be covered or disposed.

In addition to these guidelines, encourage your patients to keep an eye on their local news. If infected mosquitoes are found in their area, their town or county may have additional recommendations for them to follow to prevent EEE and West Nile.

Your care matters more than ever

If you’re not part of our network, there’s never been a better time to join.